The top fail item for all vehicle types is ‘headlamp aim incorrectly set’. If your headlamp or headlamp bulb has been replaced since the last test then it may be worth checking whether one headlamp is significantly higher than the other, or the aim isn’t too high or low. You can do this by shining the headlamps on a garage door or another suitable surface.

While checking the headlamps, ask someone to sit in the car to operate the rest of the lamps while you walk around the car checking all the other lamps. Don’t forget the hazard warning lamps and the number plate lights. If these don’t work, changing the bulb is usually simple enough, but some headlamp bulbs can be much more difficult and require assistance from a repairer.

Another common fail for all vehicle types is tyre tread depth below the minimum requirement. If any of the tread looks low, insert a 20p coin edge into the main grooves and if the outer rim of the coin is hidden then the tread is probably fine. If you’re not sure, many tyre outlets are happy to do a free check. depth 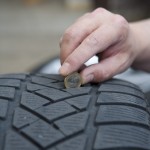 Windscreen wipers not clearing the windscreen effectively are another common fail. You can easily check this by operating the wipers and the washers. If the blades don’t clear the water effectively from the screen and leaves areas untouched or smears across the driver’s view then this may result in a fail. Wiper blades do wear over time and become damaged by grit and dirt, so they need replacing at regular intervals. Also if there isn’t any fluid in the washers then this would also be a fail. 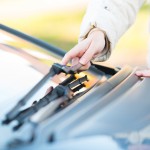 The most common failures can be avoided by taking the time to do a simple walk around check of the vehicle before taking it for test. Potential failure items can be easily identified and rectified by owners.

Ignorance of MOT expiry dates could land thousands of drivers a £1,000 fine, a new survey warns

Ignorance of MOT expiry dates could land thousands of drivers a £1,000 fine, a new survey warns.

The study was undertaken by MOTA, an independent booking provider of servicing and MOTs. The group revealed that MOTs had run out for 43% of the customers making enquiries, while a further 15% didn’t know when their next MOT was due.

Drivers on the road without a valid MOT certificate could not only be fined £1,000 by police, but also discover insurers might not pay out if an accident occurs.

The disadvantages of leaving MOT test bookings until late were outlined by MOTA founder Matthew Tumbridge.

For a start, you are left with very little opportunity to shop around for repairs, he said.

Diesel particulate filters to be checked for MOT

Tests for diesel cars and lorries are to be tightened up to ensure vehicles have a critical exhaust filter if one had originally been fitted as standard, Roads Minister Robert Goodwill has announced.

Garages and testing stations will be required check for a diesel particulate filter (DPF) in the inspection of the exhaust system as part of the MOT test (or annual test for heavy vehicles) from February 2014.

The vehicle will automatically fail the MOT test if the filter had been fitted as standard but is found to be no longer present.

The filter works by trapping solid particulate matter from exhaust gases. This type of filter has been in use for more than 20 years and helps meet European emission standards, improving air quality and health standards.

Some firms offer services to remove the filter, claiming it will improve the economy. But it is an offence to drive a vehicle that has been modified this way, as it will no longer meet the emissions standards the car achieved when it was approved for sale in the UK.

‘I am very concerned that vehicles are being modified in a way that is clearly detrimental to people’s health and undoes the hard work car manufacturers have taken to improve emissions standards. It has become apparent the government had to intervene to clarify the position on particulate filter removal given the unacceptable negative impact on air quality.

This change to the MOT tests makes it clear – if you have this filter removed from your car it will fail the test.’

The filters need to be ‘regenerated’ regularly through burning the soot to gas at a very high temperature, leaving behind a residue. If not carried out properly, regeneration can lead to a build up of soot, which can affect performance. This has led to some diesel vehicle owners opting to remove the filter, which makes their car illegal for road use.

..POTHOLES cause ‘over £1 billion in damage every year’

POTHOLES are costing British drivers £1.2 billion every year due to damage to suspension, steering and wheels.

Councils say they don’t have the money to deal with the problem due to budget cuts and there has also been an 18% increase in the number of dangerous potholes reported during the past 12 months according to the Asphalt Industry Alliance (AIA).

The AIA believes there are 2 million serious potholes on UK roads at present that leaves drivers with an average repair bill of £140 if they come into contact with the broken road surface in their car.

The government is spending around £1 billion per year on rectifying potholes, but experts at the AIA reckon it could take more than 10 years to deal with the backlog of essential repairs required.